You’re too young to be an entrepreneur

By murraylegg
In 2014, Entrepreneurship
4 min read

In July, I went to New York with the lads from Webfluential with the aim of talking to PR and content agencies about providing the service in the US, and speaking to entrepreneurs about their experience in getting their small businesses to market there. It was very clear to me that the entrepreneurs, or at least the successful ones that had sustained themselves to tell their stories, were older than us – mid forties, energetic, engaging men and women, unlike the 30 somethings we (generally) have in South Africa. That flagged a question that I’ve been pondering since – what is the right age to commit to being a full time entrepreneur? The rationale I’ve brought to reason suggested that the older, the better. Here’s why. 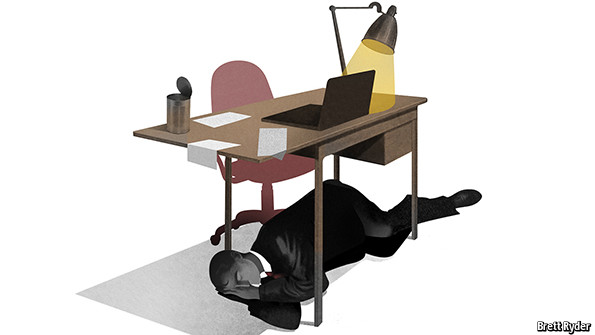 For an entrepreneurial venture to be successful, it must add economic value to its target audience. It must fend off competitors and attract market share to operate sustainably in the world. Traditional industries have long operated at scale and kept young minnows at bay due to their competitive nature, raising the hurdle for new entrants. If a new operator is to enter the market, by implication it has to service a niche or finite gap in a wider market. To understand the gaps, how long they’ll remain gaps, and how to best exploit them, the entrepreneur should have deep understanding and experience in that market. This track record and prior experience in the market implies that a better suited entrepreneur for success is an older, networked, wiser one.

The technology industry is an outlying benchmark determining the average age of an entrepreneur. The competitive advantage that the youth have over older guys is the ability to risk time and be able to code. In the same way that Gates, Jobs and Dell, all born at a similar time, outperformed the market in computer hardware and software solutions because they could build hardware and sell it better than others trying the same at that time. You don’t see rising hardware or software entrepreneurs these days, nor will you see young Zuckerbergs bringing apps or social platforms to market from now on.

CEOs are entrepreneurial. They back the jockeys in their respective teams to grow and sustain their business. Their experience in previous market circumstances, in competing companies and skills earned in people management and EQ can only come with years of experience. The most trusted and most respected CEOs typically come from the more experienced quartile of a staff complement.

Entrepreneurs don’t like risk, although everyone assumes that they do. With so much to lose, they have to learn to take incredibly calculated risks, with the possibility of returns of such significance that their efforts are rewarded. A propensity for risk favours the youth. Calculated risk taking favours the old hand.

Success lies far more in the execution than it does in the great idea preceding its execution. A young mind could have the most brilliant ideas to bring to bear, but the naivety could be the devil in execution’s detail.

Mimetic desire is the unconscious tendency to adopt the aspirations of our peers, driving us to become aware of the wealth of the few successes of entrepreneurs and abandon corporate jobs to follow suit. Since leaving my job at RMB at the end of 2013, I am emailed and contacted weekly by young, aspirational enthusiastic people wanting to cash in their corporate chips and go it alone. They’re drawn to the entrepreneurial challenge for reasons I often can’t relate to. Where the takkie hits the tar – it’s more often than not, a very treacherous, lonely, terrifying place to be, and certainly not for everyone. 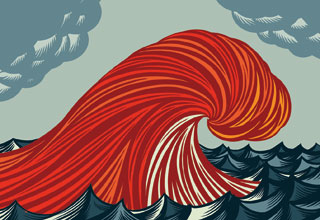 Buffet and Icahn – the hallowed investor grand masters of Wall Street – are mankind’s best examples of entrepreneurs. They backed the best jockeys to execute the businesses they saw would shine. Why is it that young people want to become entrepreneurs without punching their job cards in a few companies first? I’m certainly not playing down the benefits of entrepreneurial thinking, or trying a out a little sideline e-commerce store, for instance, but do think that the early demise of a would-be success later in life is something we can afford to avoid.

In South Africa – Christo Wiese, Michael Jordaan, Jannie Mouton, Johann Rupert and Patrice Motsepe are some of the cream of our entrepreneurial crop. The common thread between them all? None of them could code.

But just because you can – doesn’t mean you should become an entrepreneur. Just yet, at least. Rather just enjoy this video clip and turn up for work tomorrow.