By murraylegg
In Entrepreneurship
10 min read 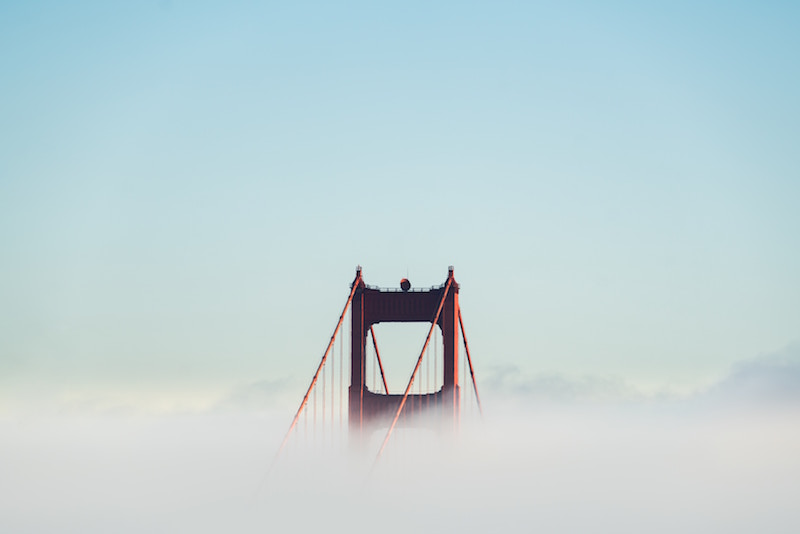 I was recently interviewed for an article in an airline inflight magazine. Here’s the copy of the article which focusses on the trip that I went on to Silicon Valley. 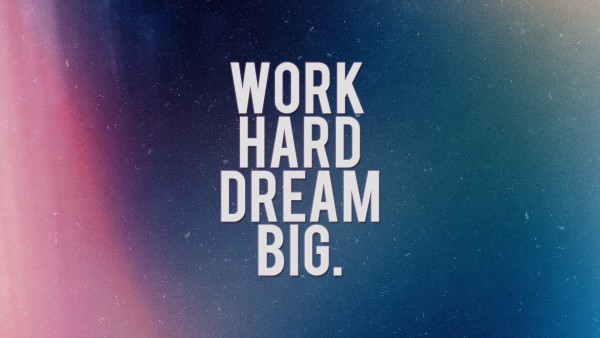 Murray is an entrepreneurial and commercial thinker with a track record of growing innovative technology businesses. Murray holds a Ph.D in biomedical engineering and has four years of experience as a corporate financier.  He cofounded a business the develops polymer heart valve replacements, a digital agency and recently an influencer marketing platform.

Webfluential was started to address market demand for access to digital influencers and their audiences so that brands and consumers can interact on the web. The platform has grown globally, providing access to brands for over 10,000 influencers, with a combined digital audience of over 350 million people.

SA Cardiosynthetics is a venture business looking to develop and one day commercialise a polymer heart valve replacement designed for emerging market patients. Rheumatic Fever causes valve disease in over 500,000 people annually that goes untreated because no product is currently available. Murray and his surgeon co-founder are working on addressing this need.

1.     A unicorn is a start-up worth $1-billion or more. What is your take on the potential for African unicorns?

Africa contributes about 2.4% of the global GDP. So as a player on the global stage, any business starting in Africa will reach a ceiling in terms of its capabilities on our continent. However, there’s nothing stopping applicability of locally grown businesses expanding into countries outside of Africa, the key is being able to understand what the world needs, and address that need appropriately and at scale.

We’ve seen SAB recently in a trillion Rand deal, let alone a billion. Yet that business was founded 120 years ago. Reaching a billion dollar valuation for the sake of it shouldn’t be a goal, in my opinion. There are some great businesses that are worth a fraction of that but provide all the right experience to local entrepreneurs in learning about their product-market fit, working with technology and people and not worrying about valuation.

I think there’s potential to be an African unicorn in the next five years, but it either has to be as a result of funding rounds where investors are happy to pay  around R150m for 1% of a company or likely to show revenues in a year of R3bn.

2.     What do you think it takes for people to take the leap from being entrepreneurial to being fully-fledged entrepreneurs?

South Africans are inherently entrepreneurial at heart. The local market has it’s own dynamics and business people here are great at spotting opportunities and capitalising on these, but often more than likely from a corporate perspective. It’s rare that entrepreneurs, the people who are willing to burn their ships and invest every bit of their own money into their venture, take the leap and commit to a career as an entrepreneur.

Entrepreneurship is much harder work and far riskier than working for a corporate. My personal opinion is that we’ll see two sources of entrepreneurs, the first from the informal sector where unemployment necessitates such a move, and the second is where experienced businessmen leave their salaries and capitalise on opportunities that excite them and have some capital tucked away to tide them over.

Our ecosystem of angel investors, venture capitalists and established technology businesses needs a few more years to establish itself, and then I think we’ll see a lot more leaps of faith happening.

3.     You were one of 22 South African entrepreneurs sent by Investec and En-novate to Silicon Valley in the US. What were your 4 key takeaways from that experience?

Seeing and speaking to the entrepreneurs there – the daily challenges that they face and the small wins that they celebrate, their degree of ambition and the skills and grit of their teams, all make me believe that we as South Africans have what it takes to make brilliant businesses ourselves. So much content and hype exists around the “untouchable” Silicon Valley entrepreneurs, but if we really got our minds focussed we’re not far behind them.

Something the entrepreneurs there take very seriously is the feedback from their customers on how they use their products. Empathy as a part of the creative product process is crucial to finding product-market fit. Assuming that your product will be adopted the world over without asking a lot of questions from the people who use it is a total misnomer.

So much effort is put into believing in their mission as entrepreneurs. People really believe that they can put a dent in the universe – even in their daily tasks and live and breathe their company mission. We met with Google Maps team – they are 100 people big spread across the whole world. But they’ve been able to do all of what maps offers (including the project of Streetview and public transport system integration) because each one of those 100 people believes that their work makes the world a better place.

They set 10X goals. Whether it’s user numbers, page views, revenue or profits, each company we spoke to had a target of what they were working on to scale 10 times within a year. Many have electronic dashboards in the office to track these, how they’re broken down into 1-week metrics and if they’re ahead or behind.

4.     Please speak about the opportunities afforded by the digital revolution and how technology is changing the business landscape, using Webfluential as an example of a success story.

If there’s a book to read that looks into the future and maps out the possibilities of the impact of technology, it’s The Rise of the Robots, by Martin Ford. In it, he outlines how it’s more white-collared worker, than blue-collared, that should be concerned about the effect of technology.

Artificial Intelligence is going to be the biggest theme of our generation, and it will be used in all sorts of interesting ways that we haven’t even considered. I attended a talk by the head of IBM Watson, where he gave an example of the use of AI in cancer research. They’ve fed in all the literature on cancer as well as patient files from around the world, and the insights about early detection and treatment are just remarkable. Google also recently handed over the running of all its data centers from staff to Deep Mind, it’s AI engine. Within the first month, the technology saved 15% of the energy bill.

In our influencer marketplace called Webfluential, we’re excited about all the new earnings channels we’ve created for people and the commensurate value we’ve created for brands who now have an additional method to reach an audience. On our platform, we’ve been able to reduce the degrees of separation from micro-publisher or celebrity to a brand, and automate the performance tracking of digital content.

It’s great for us to see the medium of communication changing from a uni-directional “spray and pray” approach of television and radio to an intimate conversation on platforms you heard about less than a year ago (like Snapchat).

5.     How will the polymer heart valve you have designed be applicable to emerging markets? And do you see the 3D printer being useful in its replication?

Much of the innovation around heart valve disease happening in the 1960’s and 70’s and only really considered patients in the developed parts of the world who tended to be the elderly. Solutions required easy access to medication and the product only had to last or decade or so, outliving the patient. We now see valve disease in younger patients in the emerging parts of the world, and thus need to make a product that is biocompatible, has a very long fatigue life and not require ongoing medication. A real tall order, but we think we’re in with a shot.

From a production perspective, 3D printing is becoming very cheap and accessible. We worked with Boeing in Gloucester and their 3D lab, being able to print parts for us in metal and to very high tolerances. I definitely think 3D printing will be a big technology industry.

6.     At the beginning of each year you make stock market selections – how are your stock picks for 2016 faring?

Every year I try and take a stab at the playing out of the sectors where technological advances give companies a key advantage over the market with respect to their growth, and their competitors who are found on the back foot. This year my selection was the FAT GNNAT (Facebook, Amazon, Twitter, Google, Netflix, Nike, Apple and Tesla).

Facebook, Amazon, Google and Tesla have all made great headlines and delivered results ahead of market expectations, even during what has been some volatile times with Brexit, the oil price and the change in strength of the Dollar. Apple, Twitter and Netflix have found themselves in the growth doldrums, not growing as quickly as initially planned, or losing out to competitor offerings.

In the year to date, the S&P500 has appreciated 6.8% in US dollar terms, and my portfolio has grown by 7.2%, so not a bad result so far, although if after risk adjusted returns, the S&P would probably be the winner.

7.     You “like building incredible things” and were one of GQ’s best dressed men in 2014; you are an athlete, an inventor, an investment banker, a fly fisherman, a mountain bike enthusiast, a motivational speaker and mentor. Do you have any vices?

That’s very kind of you to mention the good, but I’m sure it’s perfectly balanced with a lot of vices! I think from a values and upbringing perspective, a key lesson that my folks taught me was that if you’re going to do something, do it well. There’s little reward in doing what you know you can do, so rather try and stretch yourself, and those around you a little. It’s uncomfortable, but through the process you expand as a human ever so slightly. The compound effect after years of diligence does pay some dividends.

I have weak points in wanting to take control of projects, and prioritising work over social engagements. This leads me to believe that I’m always right, which I certainly am not, and that socially I’m a bit awkward.

8.     If you were to advise anyone on starting up their own business, would you add anything to “work hard, dream big”?

Maintaining a great work ethic and chasing your dreams I think could be a reasonable motto for someone in their life; it’s certainly mine. People tend to get caught up in the human race, believing that they can only go Faster, Higher, Stronger, and sometimes take for granted that the challenge in work is the reward, not the financial or fame aspects that often come with it.

Through our lifetime, the disruptive effect of technology will rip apart normality as we know it. People will be replaced, companies will fall from grace, careers will become obsolete. If I had more advice to give, it would be being humble, because sometimes you’re ahead, sometimes you’re behind, and you’ll always need a favour or have reason to deliver on one.